Two kinds of resurrection: The gospel vs. societal.

Paul’s pretty clear about what he thinks on the resurrection.

13 If there is no resurrection of the dead, then not even Christ has been raised. 14 And if Christ has not been raised, our preaching is useless and so is your faith.

As we discussed some last week, this resurrection is not just our souls residing forever in heaven next to God, but an actual, physical resurrection. In Brenda’s post, we saw the ways in which the Corinthians were influenced by Greek philosophies into thinking of the soul as separate, and better than the body.

This is an idea that’s prevalent in our society, even our pop culture: 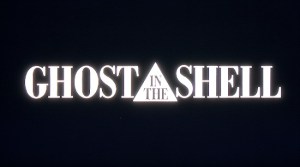 Shell says it all really. Our body is something that can be tossed away. In the GITS universe our brains are still organic, though they can be augmented with cybernetic technology. We can even be “hacked”, have memories and experiences inserted…