By now many of you will have heard about the Facebook study that manipulated the moods of 700,000 of its users. While most people may feel outraged or violated that their feeds were massaged to give you an optimistic or pessimistic view of the world, I had a different reaction.

Why does Facebook get to be the only one who toys with your emotions?

So here’s a little story that’s sure to send you on an emotional roller coaster. You did agree to this in the terms of service, so I don’t want to hear any complaining.

But Dr. Hibbert ran over Snowball II with his car.

Bart: “I know how you feel Lise. No kid wants to outlive their pet.”

It was difficult but Lisa moved on. And in an animal rescue shelter she found the perfect kitty. She named him Snowball III.

Marge: “Oh, Lisa. Honey, it’s okay. You’re a Buddhist. So you know your cats are now reincarnated as a higher form of life.”

Lisa wasn’t sure about replacing yet another kitty. But her love of jazz, and an aptly named cat convinced her to love again.

When she got him home, she decided to play him some music from his namesake. 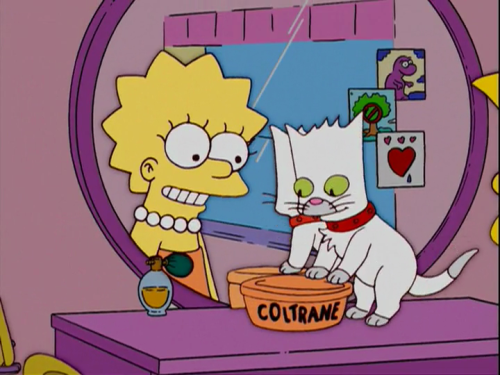 He didn’t care for it.

So much so, he jumped out the window.

Marge: “Lord, if you think I’m making lemon bars for your bake sale Sunday, you better stop killing our cats.” 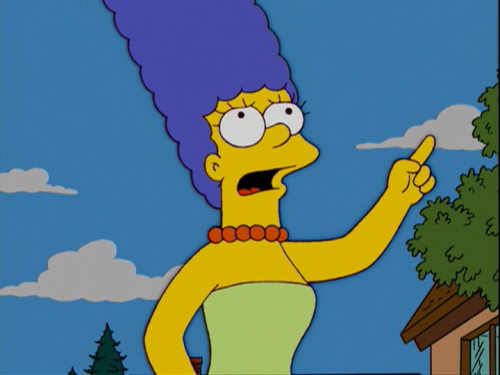 Lisa had almost given up hope, but then the lord sent her an angel. 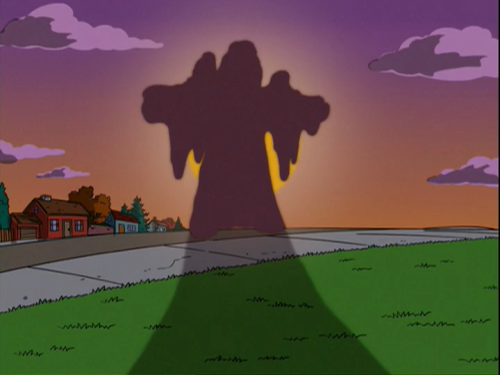 Or a crazy cat lady. Whatever.

Lisa: “Look, you don’t want to get involved with a girl like me. My cats have a nasty habit of waking up dead. Now go. Cough me out of your life like a bad fur ball.”

Things weren’t looking good for this cat either.

But at the last second the car swerved and ran into a tree.

Lisa named her lucky cat Snowball V, but to save money on a new bowl, she calls her Snowball II.

But it’s okay. At least Gil’s gonna have food tonight.

So how does this make you feel?

All stills from Season 15 Episode 9 of The Simpsons – “I (annoyed grunt)-bot”. Thanks to Springfield! Springfield! for episode scripts to check the quotes.