Do I use my brain or my external brain?

There’s a game I like to play that I suspect is common to a lot of us. Often, when I go back to a movie or a TV show or even a video game that I haven’t watched or played in a while I’ll recognize somebody but I’ll have a hard time remembering their name or where I know them from. This can happen with new stuff too, but more often happens with older stuff where someone I didn’t recognize the first time has become a beloved or at least vaguely familiar person due to another role.

The most recent example of this happened last night playing Star Wars: The Force Unleashed (which is kinda terrible on the PC, but did make me want to bust out my Wii copy again). Usually video game likenesses leave no impression with me, but the main character looked awfully familiar, and I had a feeling I recognized him from somewhere. I could have just looked him up, but my brain was already hitting me with scenes from other things I remembered him in, and if I could just think about it for a moment I’d get it. Turns out I knew the actor from Being Human where he plays the vampire who lives with a werewolf and a ghost. 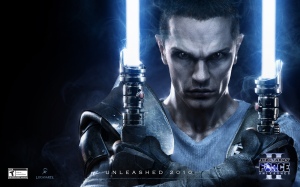 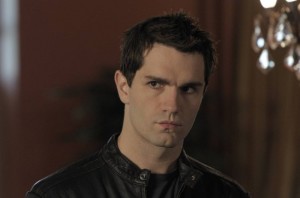 With smart phones, tablets and computers at the ready I could have had this answer in seconds, but it’s more fun I think to still try to get it yourself. When my wife and I play this game, it’s always a temptation to look something up on IMDB which almost always has the answer, but then we don’t get the satisfaction of figuring it out for ourselves.

External resources are great for verification, but I still think it’s part of having a lively mind to know trivia. The Guinness Book of World Records first existed as a way of settling bar bets over who had the record for what, but debating the point before looking it up makes being right not just random and factual, but personal. And it kinda bugs me when someone around me with a smart-phone leaps to the Internet for an answer when I ask a question, rather than trying to puzzle it out with me. Then you’re just being Alex Trebek on Jeopardy. He doesn’t really know all the questions to the answers, he has them on cards.

On the other hand, you can agonize over something for thirty minutes and not be able to think about much else until you have the answer. Looking it up can relieve the “I’m not going to be able to think about anything else until I have the answer” syndrome when recall isn’t really working for us. I have this with the silliest people. I love the actor Dustin Hoffman, but for the life of me I can never remember his name. It’s gotten a little easier now that my brain has associated not being able to come up with his name with his actual name, but for a while there it was just a blank. And this is an actor who has been in countless things I’ve loved.

I suspect this debate is only going to get worse when technologies like Amazon Echo become more ubiquitous. Already we have Siri and Cortana, but Echo aims to be a technology that is omnipresent in your house (kinda like on Star Trek where they can ask the computer a question from wherever they are). Literally all you’d have to do is ask the question aloud, and Echo plays with you. We may never need our brains to remember anything ever again.

How about all of you? Do you try to remember something first, or do you just look it up?