Those of you who participate in Kindle Unlimited or KOLL as an author have probably been curious to see how per page payouts would shake out versus getting paid a fixed amount per checkout. The reason given for the change was to balance out self-published authors who were getting the same money for 50 page pamphlets versus those who wrote 500 page epics. Reportedly, some authors were abusing this system by putting out a lot of small books. As the author of both short and long books, I can offer a little perspective (and numbers) from both sides of the change.

My “pamphlet” book Fractals You Can Draw is 52 KENP (Kindle Edition Normalized Pages) and sells for $0.99. Before the change I was getting about $1.35 for each checkout, which is four times the royalty I got from someone buying the book, and 33% more than the purchase price. Under the new system, according to the payouts I received for July, each page is worth approximately 0.57 cents. If someone reads the whole book, I get 30 cents, pretty much the same as if they bought it and never read it. Sure, it was nice to get a 133% royalty for a while, but that’s kinda silly.

My other book Fractals: A Programmer’s Approach is 582 KENP and sells for $4.99. Because of delivery fees I make about a 50% royalty on each copy sold. The $1.35 payout was a little more than half that royalty, which at the time was balanced out with checkouts of Fractals You Can Draw, but it was still less money than if I had made a sale. Now, at 0.57 cents a page I make $1.35 if someone reads 239 pages, $2.50 for 439 pages, and $3.32 if someone reads the whole book. Holding a reader’s interest does pay off. 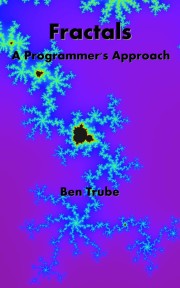 Here’s where the loophole might still exist. Both of these books are picture, equation, figure and source code heavy, sections readers will often skim. Now in my case it probably took as much if not more work to create each image as it did a block of text the same size. But they are pages more likely to be read because they have less of an opportunity cost for the reader, at least in theory. A 130 page self-published book of webcomics takes much less time to read than a similar book of text, and might be more likely to be read all the way through.

So, if you’re an artbook inclined person, this is your time to shine.