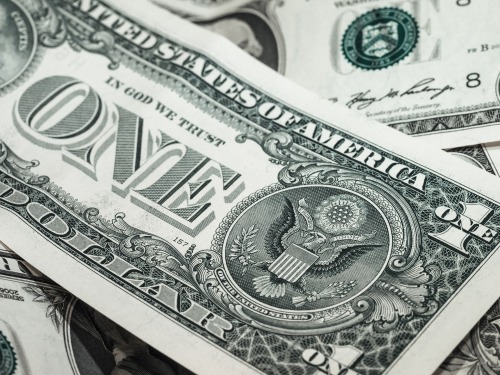 It can feel a little icky to have writing goals that involve money. Most of the goals I’ve created over the years have been about words per day, books completed, or projects undertaken. In other words, purely artistic goals. But the truth is one of the unspoken, pie in the sky, long term goals of mine is to be able to live off the writing, or at the very least have the writing make things easier.

This year I have two main goals or mantras:

Goal 1 is about breaking out of the bottom third of author yearly earnings (according to The Guardian in 2015). It’s not a huge amount of money in the grand scheme, and the hourly rate is abysmal, but it’s a start. Four months in, this looks like an attainable goal, particularly if I can get some work selling shorter pieces.

Goal 2 is about investing in the business side. Selling books to a bookstore funds buying another order of books. Selling coloring books funds research material for my next book. Amazon profits go to buying writing supplies and notebooks. This goal is not strictly fenced in by any means (I’ve raised nearly $90 toward the writing just by selling things I no longer need), but it is a broad principle intended to keep expenses in check. Keeping the cost of writing a book below the money earned from it would be a great place to be (it took the first fractal book at least a year to reach this point).

Both of these goals drive writing and creative decisions throughout the year. Over the weekend I created a short story to submit to a magazine, which in turn might drive some people toward the universe of Surreality. I’ve subscribed to a number of Facebook groups that show listings for paid articles and am working up some submissions. This feeds the artistic side in that it demands versatility, requires the ability to get work done in a timely fashion, and keeps the brain creative and from getting into ruts. In other words, money goals can drive creative goals.

I won’t be hugely disappointed if these goals are not strictly met. Just shooting for them puts me into places I might not have tried without them. And earning some money makes this feel more like a profession, and less like a hobby.

We’re all in this together

I hate living in a battleground state.

There’s a lot of nonsense that’s being slung by both sides. Frankly my wife and I are using Netflix and some DVR fast-forwarding to avoid the worst of it. But there’s one bit of doggerel being flung around by a number of my conservative and Christian friends (and commercials in general) that needs to be addressed:

“You didn’t build that.”

America has a dual relationship with success. We are united as a society, but individual in our triumphs. Small business owners create jobs, and yet we blame the government for unemployment.

Why is it a hard concept to admit that while hard work and determination are always a factor in success; luck, timing and the efforts of others are just as important? Any company that ships things on trucks relies on the highway infrastructure. Any business that sells something on the internet relies on not only their own data-centers, but the data-centers, servers, switches and hubs of thousands of others. And any company that relies on electricity relies on the power grid.

It’s not practical for us to build everything by ourselves. Factories used to make their own electricity (or at least power machinery with water wheels). But it isn’t cost effective, especially in a competitive market, to build every part, supply every need in house. You need other people.

Let’s take a look at a very individualistic profession, authors. I think self-published writers may have one of the best cases for individualistic success. They write their own material, and they put it out into the marketplace. Except for that marketplace to exist someone had to create the internet, credit cards, and devices to read books. Any good author also has beta readers, editors, and for non-fiction the dozens of previous works done by the authors who came before them.

It’s arrogant to think that all it takes to succeed is your own desire, your own sweat, your time and your investment. It isn’t humble. It isn’t grateful. And frankly it isn’t very Christian.

“With God all things are possible” kind of implies we might need a little help. We’re called to live in community. We’re called to sacrifice our will for God’s will, and the Bible doesn’t seem to put a lot of stock in material wealth.

I’m not saying that building a business, whether it’s selling books, or selling widgets, isn’t something you shouldn’t be proud of. It’s true that business wouldn’t exist if you hadn’t put your mind to it. But that wasn’t the only factor. Your employees put in their time, their effort. Your customers support you not only with money but word of mouth and brand loyalty. And yes, you rely on a lot of things the government, other business, and the society as a whole have put in place for you to succeed.

The phrase should be: “You didn’t build that alone.”

I don’t think it’s wrong to want to keep some of the fruits of your labor. But I also feel that we owe a debt to those who helped us, both directly and indirectly. And as Christians we should know that in the end everything is God’s and that we are called to be stewards, not owners of wealth.

I’m pulling for ya, we’re all in this together.