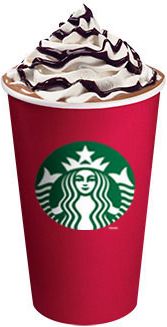 Mathematicians on over 100 of America’s college campuses have expressed outrage over the new Starbucks red cup design.

“It’s a slap in the face,” said Dr. Emmet Lindenmayer. “Winter has been a traditional fractal holiday for decades.”

In previous years, the Starbucks holiday cup has featured snowflakes and other fractal symbols such as bare trees and Santa Claus’ beard.

The Starbucks red cup is just the latest blow in the so called “War on Fractals”. The coming El Nino for 2015 is expected to significantly reduce snowfall, cutting the number of unique falling fractals by hundreds of millions.

When reached for comment, Benoit Mandelbrot, coiner of the term “fractal” and author of many fractal books said: “I’ve been dead for five years.”

The fractal protesters have found a surprising ally in the Koch brothers, who have offered $200 million to affix eponymous “Koch Snowflake” stickers to every red cup in America.

“People should have the right to put fractals on their frappuccinos,” remarked David Koch.

Starbucks has attempted to placate the protesters by offering almond bread and Sierpinski’s squares bakery treats. The new items aren’t going over very well with customers, however.

“These Sierpinski Squares taste like nothing,” said Bernard Sholer, “And what the heck is almond bread anyway?”