Have you ever gotten to the end of a novel and realized that three of your characters have names that start with a K, or that most of your names rhyme? Maybe you’ve come up with a name for a criminal organization that is universally hated by your beta readers. What do you do? 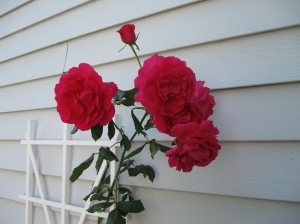 The theory would be that you could just Find/Replace all of one name with another name and then you’re set. But this can introduce new problems. What if your new name introduces sentence rhymes that weren’t there before? What if a character who had a two syllable name, suddenly has a four syllable name? Sentences have an unconscious flow, and it can be difficult to just pull a switch without introducing hundreds of little tweaks.

I’ve used all kinds of schemes for naming characters. Sometimes I stare at my bookshelves and look for last names I like. Other times I use a name I’ve heard somewhere out in the world. Or sometimes I go through baby name lists online for the most popular names of people of a certain age.

I’ve pulled a couple of name switches and spelling changes in Surreality between drafts. I used to have a three-C’s problem that I solved by changing one C to an S and one C to a K. One name with an “ay” sound was switched for another. Spelling changes are easy, as it doesn’t fundamentally change how a word sounds, only how it looks. Full name switches are tricky, particularly if you’re used to a certain name. Your mind can get fixed on what you’ve already picked, making it hard to find something better.

So what do you do?

This is all by way of saying that after looking at over 1500 different hacker slang words, I still haven’t found something I like better than what’s in the draft. Kyrkas was a contender (it’s Swedish for church, and is a reference to the Mac feature key, see left) until I realized that would give me a four K’s problem. I’m gonna keep looking, but I may also just have to trust my instincts.